UK ad viewability levels have hit their highest level since records began back in the second quarter of 2014, according to the latest quarterly benchmark report from ad verification firm Meetrics.

In the first quarter of 2018, the proportion of banner ads served that met minimum viewability guidelines rose from 56% to 59% – the first time levels have risen for four consecutive quarters.

"It’s the highest level since our records began and four straight quarters of growth is a reliable indication the industry’s efforts to tackle viewability are paying off,” said Max von Hilgers, Meetrics’ CEO and co-founder. “Alongside this, campaigns are increasingly being optimised towards viewability and we’ve seen a drop in the number of impressions. This suggests a move towards more careful placements – a case of quality over quantity, not something the industry has historically been renowned for but an encouraging sign for the future.” 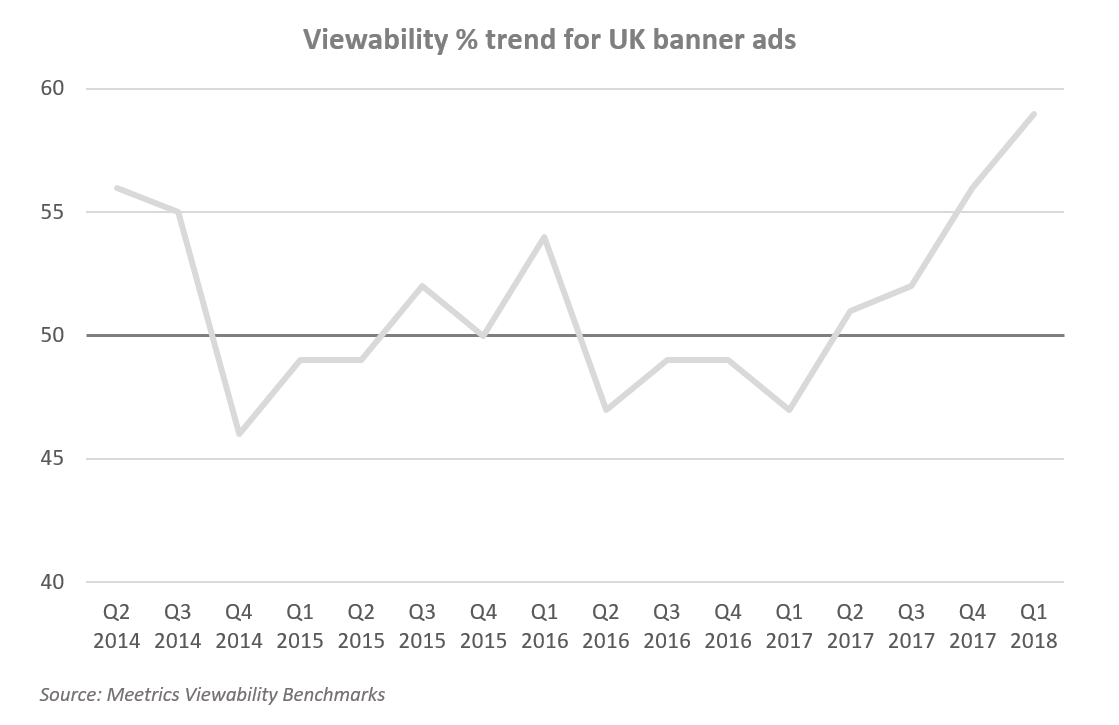 However, despite the rise the UK still only ranks fifth among the seven other European countries in which Meetrics measures viewability. Austria (71%) leads the way while Switzerland is bottom (50%). 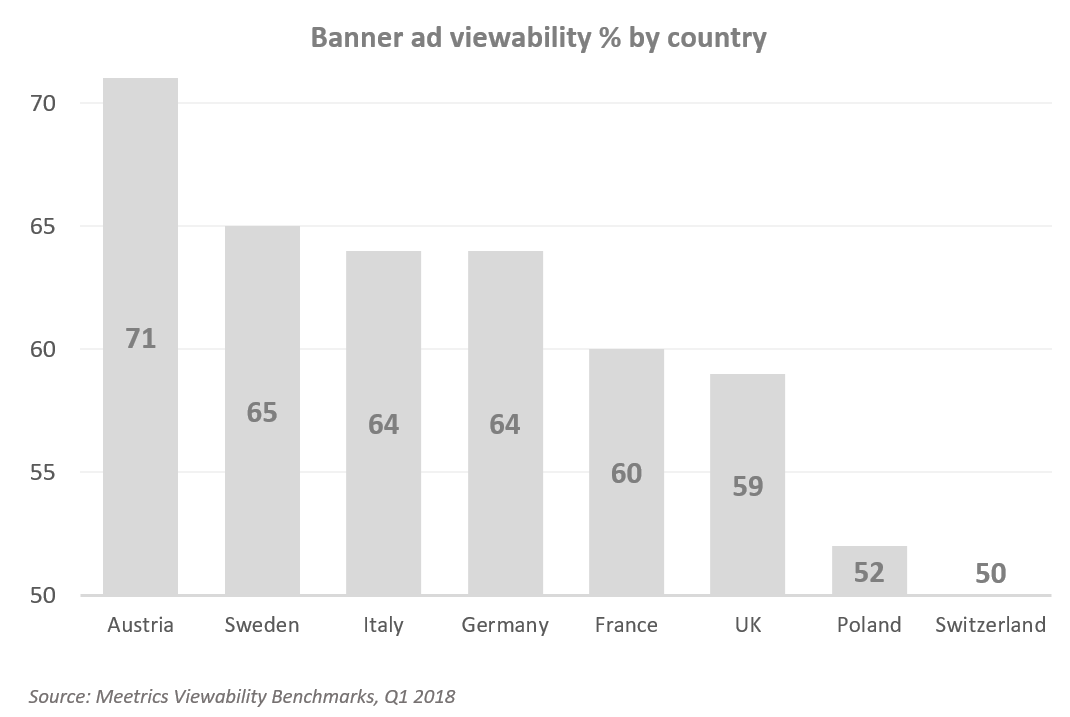 Ads are deemed viewable if they meet the IAB and Media Ratings Council’s recommendation that 50% of the ad is in view for at least one second.