Smartphones now twice as popular as PCs for going online 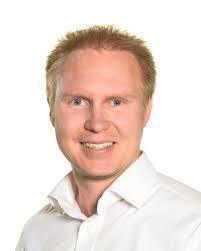 Smartphone use is most dominant between 8-11am

Twice as many adults now use the internet on a smartphone than do on a desktop computer, as smartphones have become the most popular device for going online at every hour of the day.

Verto Analytics, a research company that tracks which devices nearly 5,000 UK adults use to go online, showed that smartphones account for 57% of people who go online, whilst traditional PCs account for 27% and tablets 16%.

Dr. Hannu Verkasalo, Verto Analytics’ CEO, says, “Mobile’s dominance at every hour of the day is a change from recent years when desktop PCs tended to be the most popular device for going online during the middle hours of the day and in the middle part of the evening.” 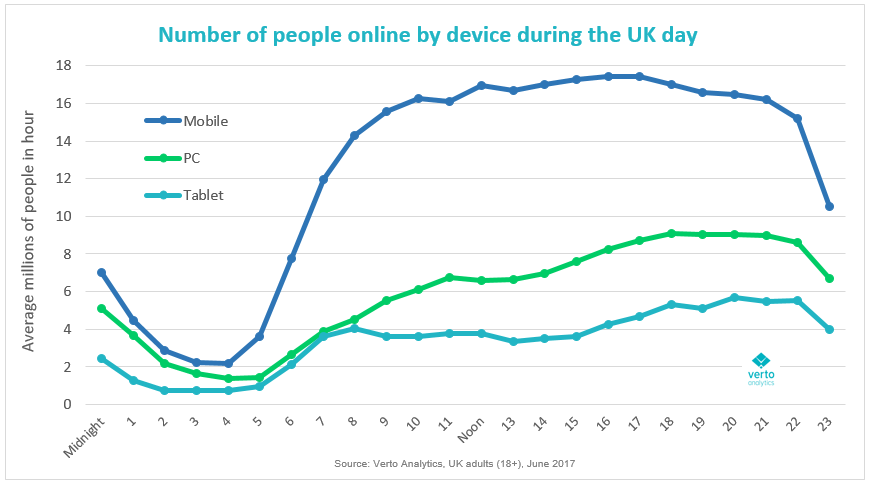 ​​Smartphones are at their most dominant between 8am and 11am when they account for 63% of people online – three times as many as are on a PC. PCs tend to have the largest share of the online audience between 1am and 3am (38%) but their highest share during normal waking hours is 29% between 6pm and 11pm. Tablet’s share of the online audience is greatest between 10pm and midnight when it accounts for 19% of people online.

The data revealed that search, news, finance and travel companies had seen the biggest increases during the year in the number of people visiting them via smartphones.

“Businesses of any kind looking to appeal to consumers need to think of mobiles as mini computers instead of mere phones because people increasingly conduct more of their lives through them,” says Verkasalo. “Daily behaviour is either rapidly shifting away from PCs or going straight to mobile, highlighted by services designed almost entirely for mobiles such as Uber and Snapchat.

“Furthermore, this study is about people over 18 but our research shows that mobile is already more dominant among teens and children – the customers of the future. Businesses who don’t adapt their offerings to reflect how people actually behave will certainly struggle.”

The data also revealed the most popular time of day people go online is between 5pm and 10pm, whilst actual usage (i.e. how long people spend online) is heaviest between 7pm and 8pm.