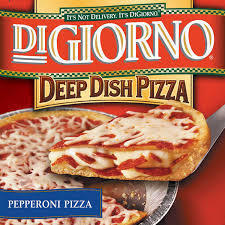 Pizza brand DiGiorno found themselves on the receiving end of Twitter fury this week, after accidentally Tweeting a light-hearted jest to promote their brand on two extremely serious, not appropriate, hashtags: #WhyIStayed and #WhyILeft. DiGiorno seem to have misunderstood their purpose and Tweeted:

DiGiorno’s social media manager has kept surprisingly calm and refreshingly apologetic, they’ve clearly been educated on how not to apologize on Twitter. They immediately deleted the Tweet and posted two heartfelt apologies, as well as personally responding to individual outraged Tweets from incensed users demanding an explanation.

We heard from many of you, and we know we disappointed you. We understand, and we apologize to everyone for this mistake.