BBC and its continued handling of the Jimmy Savile affair.plus the South Yorkshire Police raid on Cliff Richard’s home 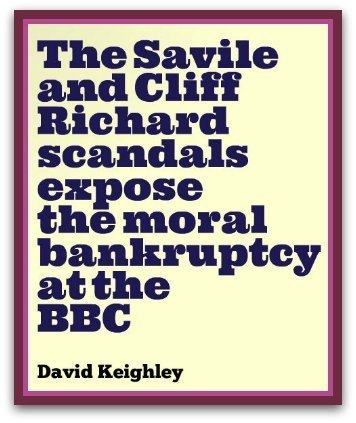 Two stories about the BBC this week underline how morally bankrupt the Corporation is becoming in its day-to-day operations and attitudes.
Its default position – from new Trustee chairman Rona Fairhead downwards – now appears to be to champion whatever it does, no matter how reprehensible and indefensible.

This underlines yet again that the BBC Trustees – though supposed to guardians of the interests of licence-fee payers – in reality are little more than lackeys of the senior management team.

Story One relates to the continued handling of the Jimmy Savile affair.  It became clear last month here in this TCW item that Fairhead had already ‘gone native’ – and her  approach to her new role was going to be to defend existing practices and approaches in the BBC rather than to attempt reform.