Taking place at Apps World Europe 12 November, Gaming World is a standalone conference track that focusses on some of the hottest issues to face the gaming world 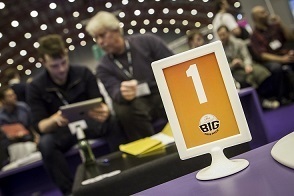 There is little doubt that with the dominance of mobile, gaming is an exciting industry to be in at the moment and the Gaming World track at Apps World Europe will bring some of the most exciting innovations and innovators together under one roof at London’s ExCel.

Taking place at Apps World Europe 12 November, Gaming World is a standalone conference track that focusses on some of the hottest issues to face the gaming world today with some of the highest profile names. The track will include keynote presentations from Peter Molyneux, OBE, founder and creative director of 22Cans, a man celebrated as being one of the world’s most innovative game designers with a games title history that spans four decades;  Patrick O’Luanaigh, CEO of nDreams, the VR developer and publisher that launched its Your Perfect Beach relaxation experience following Samsung’s Gear VR unveiling earlier this month; and Chris Southall, CTO of SEGA Europe. 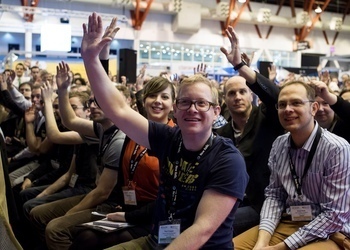 But Gaming World is as much as hearing about how to get to be a big player as meeting the big players themselves, with a huge push within the track on how to get the investment to turn ideas into a reality with keynotes presentations on both investment (Bill Liao, European venture partner of SOSVentures and Bobby Voicu, co-founder and CEO of Mavenhut Games) and UK game developer funding (Dr Richard Wilson, CEO of TIGA)

The Gaming World track will also see the repeat of Pocket Gamer’s Big Indie Pitch. Attendees within the Big Indie Pitch will have the chance to pitch their games to a selection of mobile app journalists who will then confer and decide on the winning game.

Start-up gaming developers can also be part of the Indie Games Zone – a gaming focussed area of the Start-up village where indie or solo games developers can demonstrate their games and gaming strategies for free to Apps World visitors taking complementary bar table stands to showcase their work. Both the Big Indie Pitch and the Indie Games Zone were first introduced at Apps World Europe last year.

If you haven’t yet booked your pass for Gaming World then click here. If you want to take a complementary space within the Indie Game Village then click here to apply for a place